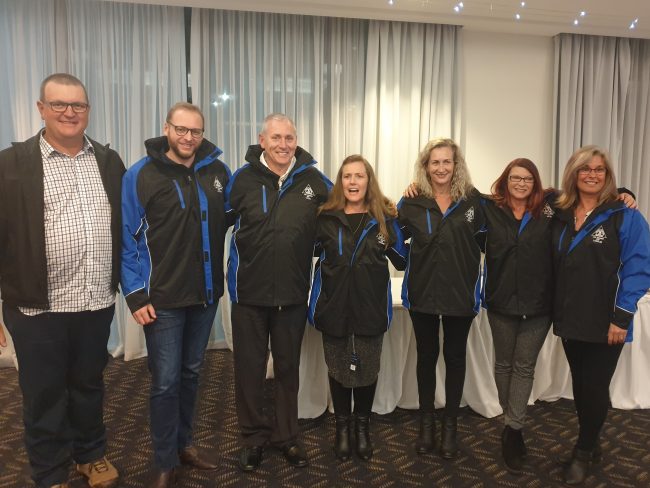 The annual St John Bosco Youth Centre Dinner was held on 15 June 2019. During the event a number of accolades awarded to Youth Centre volunteers.

A number of life memberships were also awarded at the annual dinner. Life membership is a significant honour and recognises the long service and significant contribution of volunteers to the Youth Centre.

Life memberships were awarded to the following volunteers:

Steve Denneen (Football)– Steve started playing football (soccer) in 1975. Since 1975 Steve has been a member for a consecutive 43 years making him one of the longest serving players of Bosco FC. As well as a playing role, Steve has given his time over the years as a coach, mentor and committee member. In 1997 took on the role of Secretary (for the first time). Steve did this role at that time for 1 year, however stayed involved in committee circles for many years following.  At the Bosco FC AGM for the 2017 season the role of Secretary was again vacant and Steve again to take on the role… 20 years since he first took on this responsibility. Steve stayed on as Secretary in 2018.

Raelene Ryan (Netball)– Raelene was President of the netball club from 2011 to 2013 and again from 2018 to present. Over the years Raelene has also held the positions of Vice-President (2017), coaching coordinator (2014-present), Child Protection Officer (2015-present), nursery netball coordinator (2010 and 2016), equipment coordinator (2010), Youth Centre Delegate (2012-13 and 2018-19) and SSNA Delegate (2012-13 and 2019).  In addition Raelene has been a  team manager for the majority of her years of service and is also a registered player (since 2012).  Raelene has also been involved in many fundraising efforts for the club including but not limited to pie drives, discos, bbq and chocolate fundraisers.

Lorelee Ahern (Gymnastics)– Lorelee has been Treasurer of Bosco Gymnasics for 9 years. Prior to being Treasurer Lorelee was a committee member for 3 years. In her role as Treasurer Lorelee has been responsible introducing a new payment authorisation procedure, a new MYOB system and implementation of the Active Kids Voucher Program. Lorellee is also one of the member protection officers for Bosco Gymnastics.

Fiona Wynes (Gymnastics)– Fiona has been Safety Officer and general committee member at Bosco Gymnasatics for 11 years. In that role she has been responsible for safety checks prior to classes, reporting of safety risks/hazards and annual compliance reporting for the club’s affiliated body. Fiona has also delivered and collected equipment for repair and return to and from Mt Druitt for many years.

Julie Gretton (Gymnastics)– Julie has been President of Bosco Gymnastics for 10 years. Prior to being President Julie was a committee member for 2 years. Julie is responsible for shaping the culture of the club by building a fabulous and long standing team/committee. Julie has been responsible for implementing a learning and development program, a State Stream Competition Program in 2010, a new Team Gym program in 2010 and an aerial program in 2015. All of this has helped build the club and give more opportunities for gymnasts of all levels to be involved with the sport.

Mitch Worsley (Cricket)– Mitchell started playing for Bosco Cricket in 1993 in under 8’s and played 6 years in the juniors before playing men’s cricket every year since 2002/03. In 2008/09 Mitchell joined the executive as Men’s Secretary and served 7 years before being talked into taking on the role of Club President for the last 4 years. He is the first cricket club President not to have a child who has played cricket and his community spirit, love of the game and enjoyment from watching kids enjoying themselves speaks volumes for his commitment to the club and our community.